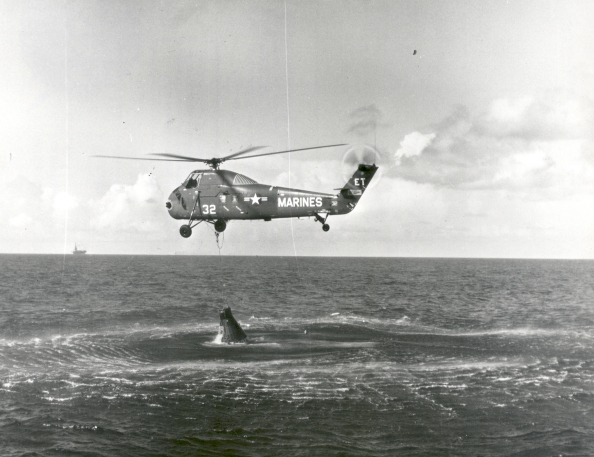 I’ve been in a writing slump lately. Fortunately, nothing inspires more than the rage that develops when my favorite television show is cancelled.

An Open Letter to NBC,

I want to be polite, I really do. I feel like I owe it to you for providing the world with… I don’t know, let’s say ten years of quality SNL sometime before I was born. I want to like you folks, and respect the television lineup choices you make because as we all know it is so damn hard to find original, thought-provoking, boundary-pushing television. I was willing to let the whole Community fiasco go because Yahoo so generously picked them up (#sixseasonandamovie) and quite frankly it didn’t seem like it was worth getting upset about.

But this? This decision? This is unforgiveable. I cannot, for the life of me, understand why you cancelled Hannibal.

There has been a lot of talk about the last decade so being the Golden Age of television, and with the Breaking Bad’s and Game of Thrones’ and The Sopranos, it’s easy to see why. Television is no longer catering to the lowest common denominator by creating definitive protagonists and antagonists. Characters are multi-faceted, richly developed. We love to hate the villains and hate to love the heroes because we are shown clearly how no person is perfect. Each character, at least when they are developed well-enough, are painted in delicate strokes, some invisible to the naked eye. These television shows aren’t asking us to look beyond what we see; they are forcing us to. It’s remarkable and has helped remove much of the complacency from television viewing.

You were doing so well until you cancelled Hannibal.

Out of curiosity I googled what else you currently have on the line up. Social and cultural dredge like America’s Got Talent (spoiler alert: it actually doesn’t have talent), The Voice, A to Z, every season of Heroes after 1, and a handful of others make me question who precisely is in charge of choosing these shows for continuation or cancellation and if perhaps they are leaving the decision up to a cat named Mr. Bubbles who responds to you shaking bags of treats with the names of potential shows written on them.

That would actually make for a pretty awesome mini-series. Think about it.

Don’t get me wrong. I get that Hannibal is a risky choice. It’s not known for bringing in the sweeping crowds probably, as I said above, because it doesn’t shove the narrative down the throats of its viewers. It is visually stirring and encourages multiple viewings of each episodes because of the miniscule details that can easily be missed if one isn’t looking for them. The dialogue isn’t accompanied by a laugh-track, even if that would be an absolutely hilarious addition from time to time. Things aren’t spelled out for the audience of Hannibal, which is why its viewership, while low, is fiercely dedicated. Because for once, cable television has offered a quality show that could just as easily be found on HBO. It is physically accessible to a wider audience.

Or it was until you and Mr. Bubbles cancelled it.

And sure, the visuals can be troubling. If I were an alien from planet Gobulorx 6, having just escaped the malevolent overlord of Andromeda-Phi, and was looking for sanctuary on earth and just happened to have channel flipped to Hannibal from my motel and/or refugee camp, I would be absolutely enchanted with it. That is, until you explained to me that the man with the nice accent and well-oiled hair happened to be eating people. That stuff, and please forgive the pun, is hard to digest. But so what? I’d much rather invest my time and money in a show that forces me to question my own morality; that demands I sympathize with both hero and villain, sometimes interchangeable. I want a show that knows I’m not a complete dumb-dumb-dummy; that shows me what a richly woven narrative can be, and what sort of emotions it can evoke within me over the course of 44 minutes.

I can’t get that from the majority of cable TV. Hell, I can barely find it in films, rarely in video games, and once in a blue moon in books. When I find any sort of media that hits all the right notes, popular or not, I will dedicate everything I can to that. I will take on the stupid title (such as a ‘Fannibal’), I will joke about shipping, I will mourn the loss of characters (RIP Abigail), and I will throw all the money I can at the producers in order to ensure that I can continue having just a tiny bit more of that rich, convoluted narrative.

Or I would have, if you hadn’t cancelled it.

But, I guess kudos to you, NBC, for recognizing that your audience is clearly to intelligent for your network. Your foolish mistake has now given Bryan Fuller and the rest of the amazing Hannibal team the opportunity to be picked up by a different studio or production company (Hello, Netflix). Maybe it will be a company that understands that we as consumers often crave something more than the beleaguered laugh tracks and fart jokes that you so frequently offer. Maybe they will see Hannibal as a brilliant opportunity to continue pushing the boundaries of what we feel to be socially and culturally acceptable. Maybe, god forbid, it will ask us to think even more about what we are consuming and how it reflects on our culture.

Your America’s Got Talent and The Voice and increasingly depressing SNL shouldn’t be that representative. It shows our mental waste; how we are content to spend time watching other people compete for innocuous prizes while performing tasks that we would most certainly do ourselves if we just got our butts off of the couch. Brain-candy doesn’t even begin to describe the sort of media we are consuming these days and yes, it is our fault. We allow it to happen. We give you the ratings and you translate the ratings into more episodes. Wonderful. We are greedy, selfish children and you, as our entertainment parents, have given into our every whim. But we are getting older, and our understanding of the world is changing. Now isn’t the time to remove the media that actually challenges us. You need to cultivate our love of the unusual and the morally questionable. You need to give us the opportunity to expand our understanding of the world by giving shows like Hannibal – that may not have the highest ratings – the chance to continue to thrive.

The Golden Age of Television has given us some amazing media. And you, NBC, just made a terrible mistake.