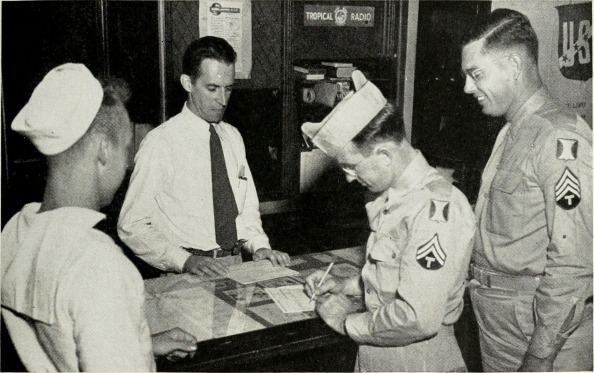 How many months has it been? Only two, two and a half if we’re being exact. Two and a half since I released the monster that is Between Fire and Pines into the universe to see what corpses it might drag back with it. The response has been quietly enthusiastic. Friends and family and coworkers have been wonderfully supportive, buying excessive copies and getting me to sign them, making me feel like a celebrity with a coy smile. They have joked about my future career in writing and, during my first ever book signing, a manager and coworker ran to the table and started screaming, “I can’t believe I’m seeing the Kathleen Sawisky!”

It was hilarious, and made even more amusing when a random stranger decided to take a picture of me, as if I was someone important.

It’s been fun and challenging and, at the same time, I don’t feel much about it. And it took me nearly two months to realize why.

Oh sure, self-publishing is tough. You take every aspect of it into your own hands. You pay for the editor, the artist. You learn how to format, you make changes, order another proof, make more changes, until you’re satisfied. Or you do what I did, get so excited that you just roll with it and discover all the errors after and realize that you will simply have to call it a SPECIAL FIRST EDITION WITH ORIGINAL AUTHOR ERRORS, and hope you can market the shit out of it that way while subtly making changes for the second edition.

Self-publishing is hard work. It involves a lot of sweat and tears. It means sitting alone at tables, trying to convince random strangers to buy your book, or in my case last weekend, try to convince random strangers that, while you want them to buy your book, no, you do not think it is appropriate for their 12 year old. Whatever. I warned them and I signed the copies so no taksies backsies.

So, yeah, self-publishing is hard. And at the end of all of it you would think that I would be able to stand back and look at my work and think, ‘Yeah, I did it. I made it. This is mine. This work is mine.’

Except I could also poop on a piece of paper, call it my life’s greatest achievement, and self-publish it right now.

As difficult as it is, there is no denying that self-publishing lacks a sense of validation or legitimacy in the eyes of writers. The public, at least according to my boss, who keeps telling me to be more enthusiastic about it, doesn’t care. It is a book. It is a complete story arc that was created from nothing. It is one hell of an accomplishment. So why am I not giddy about what I’ve done?

God damn it all to hell. I want validation.

I only realized it after a friend of mine, there ever charming animal whisperer, Amber Pierce, told us she had not one but two offers for representation! Don’t get me wrong. I nearly peed myself, I was so excited for her! But damn it, jealousy is a fickle mistress. Then Ashley Whitt, who is my favorite Canadian ever and my critique partner, got requests for her brilliant work, The Fairer Sex, and I was, and continue to be, so damn excited for her! These ladies have worked their asses off. They’ve queried and gone into contests and queried again, and I assume stapled small non-denominational bills to the queries maybe? I don’t know what the rule is on bribery.

The point is, their hard work paid off. And mine is too, in its own subtle way.

I guess deep down I still just want someone with some industry oomph to look at my work and tell me, “Hey Kathleen, this is an awesome book. Those who have read it and said that it grips you right from page one and doesn’t let go are correct and also your hair is lovely and no one notices your bad posture.”

And I fully admitted both to Ashley and Amber that I was a wee bit jealous, because it is amazing and of course I would be! And that got us talking about validation, and how sometimes we need it.

I don’t want to believe that I do, that I can be content in what I am doing here and now, but honestly… Yeah, it would be nice. It would be nice to have more reviews, and have an agent in your corner who is as enthusiastic about your manuscript as you are, who will go to other people in the industry and gush endlessly about your brilliant thriller.

I don’t know. I don’t want to say I’m experiencing an existential crisis, but it sure feels like it. That’s not to say I won’t keep going. The plan is to self-publish book 2, hopefully with another brilliant cover by David Fross, hopefully after my wonderful copy editor has sunk her claws into it (this time I will be more aware about my own changes after the fact and carefully go through the proof copy so I don’t bollocks up all her hard work.) And maybe, just maybe, someone will notice. Some random stranger might buy a copy on Amazon and leave an okay review and tell a friend. And maybe, just maybe, that okay review will lead to two or three more. Who knows! And then, when I feel like I’ve earned it, I’ll query. I’ll present the series to an agent and tell them about the hard work and the self-publishing and how I worked my ass off to make a name for myself.

And maybe, just maybe, they will say, “Okay, sign here on the dotted line.”