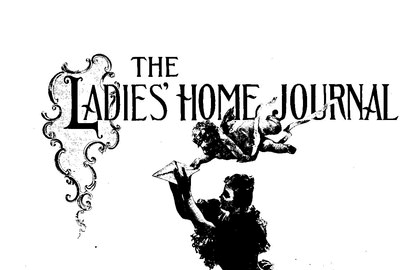 This week’s open letter is from Shawna Yanke to Freedom Mobile. Shawna is upset. Shawna did not write the title. I did. I think ‘Freedom Mobile’ is a silly name. So is Wind. You might as well have named it “Basically Bell Mobile”. At least the consonant repetition would have tickled my tongue.

An Open Letter to Freedom Mobile

I switched to your mobile service in early July 2016, despite being hesitant at all the reddit comments and online reviews saying your 3G-only service was slow and without great coverage of Calgary, but I was very optimistic about my bank account being less damaged by your prices. Coming off almost 10 years of having expensive plans with Telus, I thought I could put up with whatever you had in store for me if it meant not getting gouged every month.

I heartily went to the store to change my plan over, begrudgingly paid the $50 Telus demanded to unlock my device (because I would be given an additional $5 off my plan if I brought my own device). You let me keep my number, which was great, and I waited the 45 odd minutes for that to port through. The guy in the store set me up with an account that required I pay my monthly amount first to top up my ‘balance’ and then explained that Wind (as it was known by then) would deduct my bill amount after the pre-authorized payments were in my account.

Months went by without issue, and I even got an email from you guys excitedly saying you would be offering LTE speeds (albeit, at a higher price point) in my area in the summer or fall of 2017. I was very excited at this, naturally, and was a bit dismayed to find out I would not be eligible for that LTE speed unless I bought one of your two phones you offer. This seemed odd, as my current device worked just fine on Telus’ LTE network, but I looked online and decided the nicer of the two phones would be a nice update, as my current phone is over 3 years old and not the greatest anymore.

Now, bear in mind, at this point I am already making excuses/accommodations for you, because your prices are that good, but these are all things I didn’t have to deal with when I was through Telus.

But then the problems started that made me question how far I would stick by you guys.

I went to the store, current phone all backed up on my laptop and ready to wipe, as by trading in my current device, I would receive a credit towards my new one. The less money spent, the better, right? I wanted to get a device on a ‘MyTab’ boost option (discounted phone, you pay a certain amount towards the phone each month – basically a fancy financing plan for your device) because again, cheaper.

The guy there tells me I must be on a Pay After plan for the MyTab boost, an option I wasn’t even aware of or offered when I started up with this provider. Either way, I’m fine with being billed for my usage after the fact, so I tell him I’ll gladly switch to this plan. He says he must check my credit – fine, call your headquarters, I’ve been approved for a mortgage, car loan and my own phone plan every time, so fire away.

His face sinks, and tells me that unfortunately I didn’t meet the credit requirements for a Pay After plan.

None of your ‘customer service experts’ were able to help me, just say that this is how it is, you must be on a Pay After plan (which I already know, as stated in my email) and that if the guy says I’m not eligible for this, I’m not eligible.

I wrote back that I might as well buy that device outright elsewhere, as it may be cheaper, and then I could at least qualify for the $5 off per month for bringing my own device again. BUT WAIT, THERE’S MORE.

“Regrettably, we are no longer offering credits for bring a phone from another provider or company to Freedom Mobile.  I apologize for any inconvenience this may cause.”

Basically, I’m boned either way. I will not be able to take advantage of Freedom’s LTE speeds because I cannot afford this phone. I tell you this, Customer Service agent, and your response has simply been “I apologize for any inconvenience this may cause”. Insert bottled response here.

In conclusion, I am forced to say that I don’t believe the MyTab boost option is actually available to anyone with anything less than stellar credit, and this means that your LTE service is not only more expensive than your other plans, but also not available to anyone who cannot buy your phone flat out (cheapest option is $600 outright, the only other phone is $1000).

If switching to another provider were financially viable, I would be leaving you in a heartbeat, but for the time being, you have me and my cell phone held captive in your service, not entirely unlike financial blackmail.

So thanks for that.